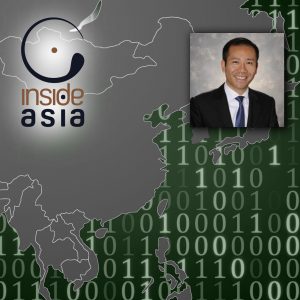 Cross Border digital trade is one of the fastest growing aspects of commerce today. We’re talking something in the realm of 2-3 trillion dollars B2C and 17 trillion in B2B transactions. It’s an issue that’s starting to raise eyebrows in countries around the world who worry that the big digital players might be taking revenue away from their markets and not paying their fair share of tax. Most listeners will be familiar with our probing for that place where tech, policy and society comingle, and, more often than not, clash. It probably won’t come as a surprise to learn that the world over, policy is having a hard time keeping pace with technology. My guest this episode is Ziyang Fang, a San Francisco-based tech lawyer and policy advocate with the World Economic Forum. He’s point man on a project to determine the economic impact of Digital Trade and Cross Border Data Flows. Having worked in both public and private sector, Ziyang is uniquely qualified to comment on digital trade and just why governments around the world are up in arms. Ziyang reminds us that we can only keep this ground of innovation in tact through increasingly sophisticated forms of public-private initiatives. Only together can the critical issues be brought to light where ordinary people can see them clearly and understand all that’s at stake.