Welcome to Inside Asia

Over the past 30 years Asia has undergone what is arguably its greatest transformation in its modern history. I count myself fortunate to have witnessed this change first-hand. The Inside Asia podcast is my way of giving something back. Each week, I offer a new conversation in hopes of further unpacking the mysteries and potential of this extraordinary region. I hope you'll join me.

More on my JourneyFind an Episode

My wife and I left the comforts of Washington, D.C. in the Spring of 1989 after I completed a degree in China Studies at The Johns Hopkins University School of Advanced International Studies (SAIS). The plan was to work in China as a journalist, but the Tiananmen Square uprising and subsequent massacre changed all that. The crackdown on student protesters meant limiting the number of foreign reporters in the country. So instead of flying to Beijing, we decided to tap what little savings we had and backpack our way through Asia. We landed in Christchurch in June 1989. It was winter in New Zealand and we were ill prepared. After buying second-hand winter ware from Good Will, we ventured out. For the next six months we made our way north, traversing Australia, Indonesia, Malaysia, Thailand and Vietnam. In late December our money ran out. Unable to buy return tickets to the US, we headed for Hong Kong instead. 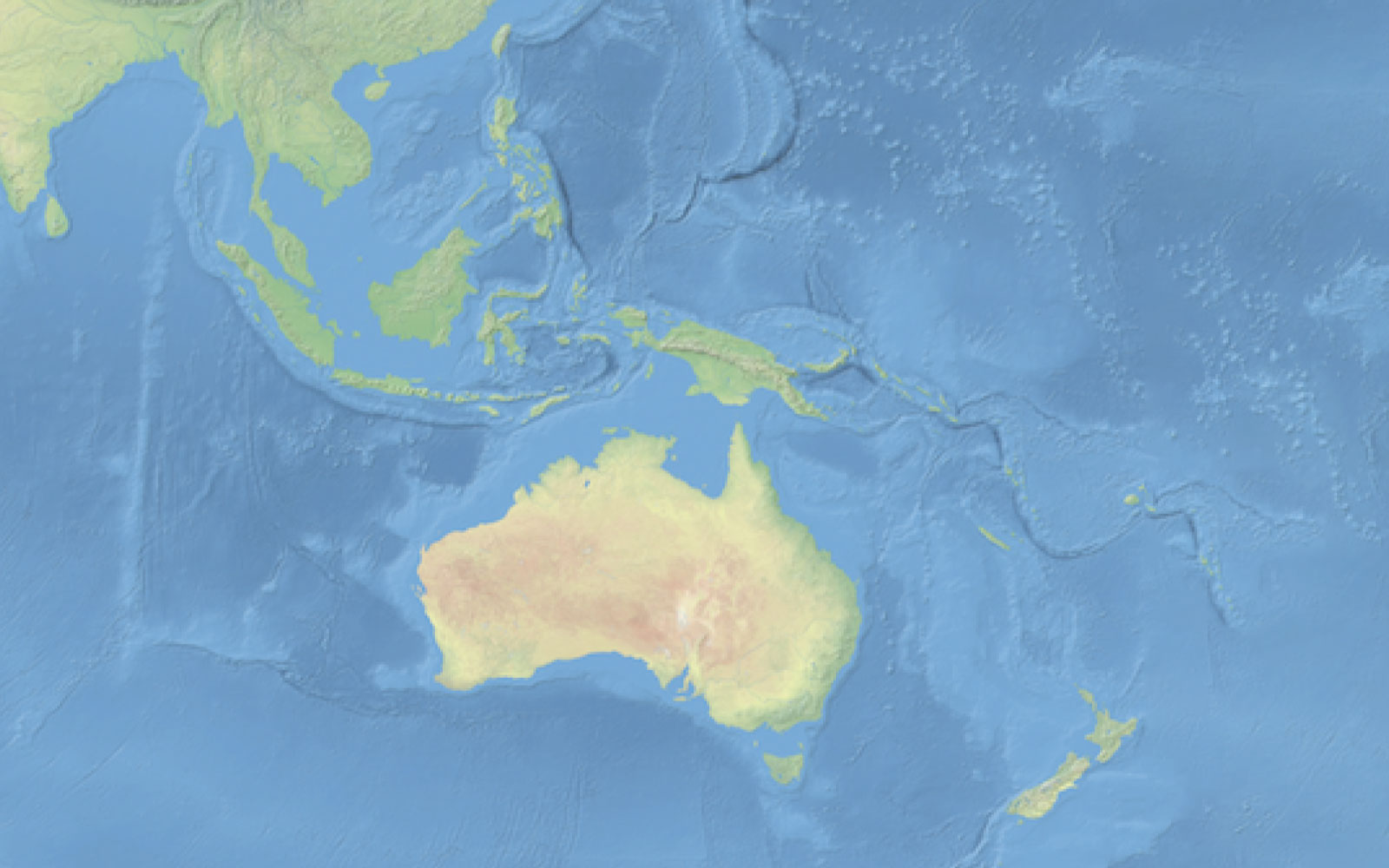 If not for the good graces of graduate school friends, we would have been homeless. In any other time and place, that might have been a problem. But this was Hong Kong, and in 1989 the market was roaring. China was undergoing it's greatest ever economic expansion. Jobs were abundant. You could do anything. Be anybody. I started working free-lance and found a gig writing stories about budding foreign joint ventures just across the boarder in the Special Economic Zone of Shenzhen. I had $200 to my name. With that, I traveled to China, hired a driver, and roamed from one industrial park to the next begging for interviews. I came back with twenty-three stories and sold the bulk of them. That gave us enough cash to put down a securing deposit on a small flat in Hong Kong's mid-levels. It was also enough to say goodbye to instant noodles. That's all we ate for weeks on end. Things were looking up.

We spent the next five years in Hong Kong where I became a writer with the Asian Wall Street Journal and Asia, Inc. magazine. These – in my humble opinion - were the best years to be a journalist. Asia was on fire, and from Tokyo to Jakarta, Mumbai to Beijing, the tales of Asia in transformation were everywhere.

In 1995 we re-located to Singapore. I gave up journalism for life as a consultant and joined PricewaterhouseCoopers. In the years that followed, and in quick succession, I took on a corporate marketing role with IBM, launched together with my wife, HealthNetAsia, a healthtech startup. We, like so many others, fell victim to the dotcom bubble. But I wouldn’t trade that experience for the world.

From 2003-2008, I went it alone. I’d built a reputation as a kind of “intrapreneur,” someone with an “outside-in” view who brought a start-up energy to established industries. Over the course of the next five years, I worked with four different companies. I was a hired gun. I had a blast.

Then came the world of Executive Search. It found me. I made the switch only months before the Global Financial Crises of 2008. The market dried up, and I was rescued only by the good graces of my colleagues at Heidrick & Struggles who somehow decided I was worth saving. I learned to love the business and became a Partner in the firm in 2012.

About the Shift to Corporate Purpose

More recently, I decided to take a gamble, set up my own leadership development practice, and focus on the newly minted realm of Corporate Purpose. Something was amiss in the corporate world. Forty-five years had passed since the economist Milton Friedman famously declared that “the social responsibility of business is to increase its profits.” Between 1978 and 2008, the world went through a rapid period of economic prosperity (see below).

"The paramount duty of management and of boards of directors is to the corporation's stockholders."

"Each of our stakeholders is essential – customers, employees, suppliers, communities, and shareholders. We commit to deliver value to all of them, for the future success of our companies, our communities and our country."

Billions of people worldwide were lifted out of poverty. But there were consequences as well. Economic disparity between rich and poor grew to historic levels. The environment suffered and research showed that the 7 billion people inhabiting the planet were responsible. On top of this, institutions from government to non-government bodies were beginning to falter. Something had to be done.

Enter the US-based Business Roundtable; an association representing 20 million employees and $9 trillion in annual revenues. On August 19, 2019, the group stunned Wall Street with a statement that would forever change the face of business. This new commitment, according to Alex Gorsky, Chairman of the Board and Chief Executive Officer of Johnson & Johnson and Chair of the Business Roundtable Corporate Governance Committee, “affirms the essential role corporations can play in improving our society when CEOs are truly committed to meeting the needs of all stakeholders.”

In one fell swoop, the age of shareholder primacy came crashing down. Business Roundtable signatories had established what would become the trumpet call for a new era in which the benefits of the corporation would be distributed across ALL stakeholders – customers, employees, suppliers, communities, and shareholders.

The reaction from Wall Street was predictable and disturbing. But eventually investors, shareholders, and other large, vested interests came to understand that a new movement was under way. A line had been drawn. Companies in the wake of growing income disparity, environmental degradation, employee dissatisfaction, and societal ills had decided that it was, in fact, the role of corporations to actively participate in this change. So was born a new call-to-action embodied in the expression:
‍
Do well by doing good!

About the Inside Asia Podcast

At that point, the Inside Asia podcast was just eighteen months old. From general discussions tracking business, tech, and political trends across the region, I toggled to identify those active participants in the Corporate Purpose movement.

It formed the building blocks of what would become for me not only a new professional journey, but an opportunity to give something back to a community and a region that had given so much to me.

In late 2019, I partnered with The Conference Board to co-create the Asia Corporate Leadership Council, which today, represents more than 20 CEOs and Regional Managing Directors committed to embracing and putting into action true forms of Corporate Purpose.

In early 2021, I joined Korn Ferry as a member of its Asia CEO/Board Advisory practice and to lead the firm’s Corporate Purpose & Sustainability Center of Excellence.

Today, the Inside Asia podcast and Inside Asia newsletter continue as regularly weekly additions to the growing conversation around Corporate Purpose and Future Leadership fluency. If you aren’t yet a listener, I hope you’ll subscribe and join our community by signing up here.

We are approaching 200 episodes available on this website or wherever you search for and listen to your podcasts. Each week we bring you a new installment, highlighting a topic or trend that shows how corporate purpose, sustainability, and 21st century thinking are stacking up to guide Asia's future.

I hope you’ll join us. And as always, we thank you for listening!

Steve is a 32-year Asia veteran who has worked across multiple industries and in a variety of senior roles. Today, he is a Senior Client Partner with Korn Ferry, a global management consulting firm. Steve is a member of the CEO/Board Advisory practice and leads the firm’s Purpose & Sustainability Centre of Excellence in Asia Pacific.​ Prior to joining Korn Ferry, he served as Founder and Managing Director of Inside Asia Advisors, a boutique leadership development and advisory firm. Throughout his career he has served as Hong Kong correspondent with The Asian Wall Street Journal, a strategy consultant with PwC Consulting, and a regional marketing executive with IBM. ​From 1999-2008, he launched a series of new businesses, and established his own advisory firm. In 2009, he became an executive search consultant and served as Partner with Heidrick & Struggles with a focus on technology, renewable energy and private equity. More recently, he formed a partnership with The Conference Board in order to co-create and launch the Asia Corporate Leadership Council, a body of 20+ Asia-based CEOs and Regional Managing Directors committed to deploying Corporate Purpose best-practice in the region. Steve holds a B.A. degree from Davidson College, an M.A. in China Studies from The Johns Hopkins University School of Advanced International Studies, and an M.A. in Mythological Studies from the Pacifica Graduate Institute in California.

Becca Stine is a writer, editor (audio and video), journalist, poet, filmmaker, and graduate of Colorado College, born and raised in Singapore and Bali, Indonesia, and currently based in the United States.