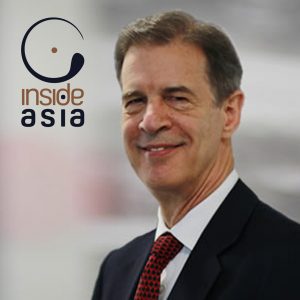 William Overholt and I first met almost thirty years ago, way back in 1991 when I was a cub reporter with the Asian Wall Street Journal in Hong Kong. He was then working in investment banking, though it was already clear then that he would be more than that. Bill is a thinker. Someone with the uncanny ability to draw on history, policy and economic trends to forecast the future. Today, he is known as Professor Overholt, a Senior Research Fellow at Harvard’s Kennedy School of Government. He’s previously served as Director of the RAND Corporation’s Center for Asia Pacific Policy and is the author of eight books, most recently China’s Crisis of Success. It was reading that book that made me reach out to him and reconnect after more than 20 years. In his new book, Overholt argues that that the so-called “miracle economies”—Japan, South Korea, Taiwan, Singapore—arise as a result of certain specific conditions. They start by answering fundamental and pressing economic questions. These are countries where cohesion is born out of crisis. That tends to generate a very different set of priorities than those encountered by America’s Founding Fathers. But as Bill Overholt sees it, there’s a catch—eventually, he argues, political liberalization must have its day. Without it, the miracle economies cannot make the leap from manufacturing-driven and export-led, to something greater. Which brings us to China. Are we seeing the move toward political liberalization that history suggests is waiting in the wings? Here’s the big question: If Asia’s Four Dragons are evidence that political liberalization can usher in a new level of economic expansion, must China follow suit? As always, thanks for listening.