Timothy Reuter: The Drones are Coming 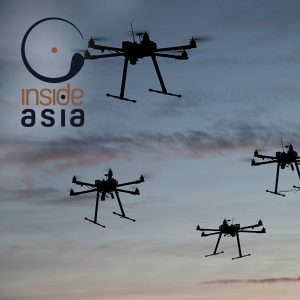 Timothy Reuter: The Drones are Coming

The drones are coming—though they’re not here just yet. But they’re on their way. The recreational photo-junkies who use them to buzz beaches and mountain resorts are the tip of the iceberg. Probably more like the tip of the tip of the iceberg. The high-pitched buzz of an overhead drone is either fascinating or irritating. In fact, some locations have banned the use of photo drones altogether, citing safety and privacy concerns. But the question of whether you’re for or against drones is beside the point—the technology that makes drones possible has arrive and sales of both personal and commercial drones are growing at a 30%+ year on year clip with US$11billion in projected sales by 2020. And, yes, the worldwide leader in drone manufacturing with an estimated 70% global market share is China-based Da Jiang Innovations. Imagine all the things drones can and will do: Amazon and McDonalds are experimenting; security firms are deploying drones; and there are drones to measure the weather and provide rush hour reports. You name it and one day, a drone will likely do it. That’s a lot for governments—or anyone else—to digest. To help make sense of it, my guest is Timothy Reuter, Civil Drones Project Head at the World Economic Forum. As listeners know, the Center was established by the World Economic Forum as a kind of “think-tank” or “do-tank.” Its mission involves establishing public/private partnerships, then looking for program and policy initiatives to enhance the likelihood of success. As always, thanks for listening.