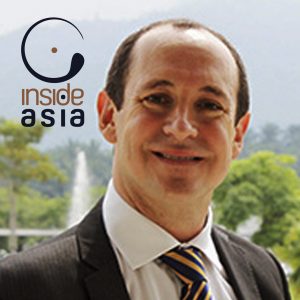 Investors love stability and predictability, and for that reason Nepal has not appealed to many. With a per capita income of only $970, Nepal ranks among the poorest in Asia. The country is mountainous and largely dependent on agriculture and foreign remittance from Nepalese who’ve left the country to work overseas. There’s also a shifting political landscape and a general lack of stability. It’s not surprising that outsiders see more risk than reward when contemplating investment in Nepal. My guest this episode is trying to change that. Tim Gocher is Founder and Chairman of both the Dolma Foundation and the Dolma Impact Fund, the first international Private Equity and Impact Investment fund for the country of Nepal. No matter how you cut it, investing in Nepal is a high-risk proposition. For Tim and his investors, the objective is two-fold. Making money comes first but a close second is the fund’s ability to deliver to the Nepalese a high degree of socio-economic benefit. Investing in an under-developed market like Nepal comes with risk. But risk means different things to different people. For some, it conjures up images of opaque regulatory regimes, political in-fighting, and all forms of corruption. Others see opportunity. For visionaries like Tim Gocher, there’s both money and impact there for the making. High risk has a tendency to suppress project and investment valuations. That’s a good thing for Private Equity players charged with building value and growing multiples. As always, thanks for listening.