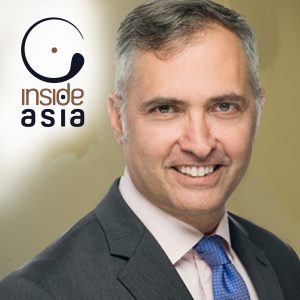 Here’s something that most everyone who listens to our show knows: China is on the brink of a trade war with the United States. It’s not surprising, but it also doesn’t make a lot of sense. It was enough to drive Trump’s top economic advisor, Gary Cohn, to resign his post. In the meantime, China marches onward. For some perspective, we got Steve Okun on the line. He’s President of the Asia Business Trade Association, the first pan-Asia business association dedicated to the promotion of trade issues in cooperation with governments. Steve’s been busy in recent weeks via a number of media outlets but what you’ll hear here is more detailed, more in-depth. As Okun points out, there’s nothing surprising about Trump throwing multilateral trade deals under the bus. Trump feels he can bully his way to better trade deals, but that flies in the face of every economic and political convention tested over hundreds of years of global trade. The US isn’t the first – or the last – empire to threaten a trade war to get its way but Okun reminds us that it’s a two-way street. We’ve seen this before! When George W. Bush imposed tariffs to protect Florida orange growers and Michigan auto-makers, trade partners reacted swiftly, imposing tariffs of their own. Rather than risk a rapid escalation of trade barriers, Bush backed down, and narrowly averted an all-out trade war. If the same thing happens this time and everyone from the Canadians to the Europeans begin retaliating, what will Trump do? Thanks, as always, for listening.