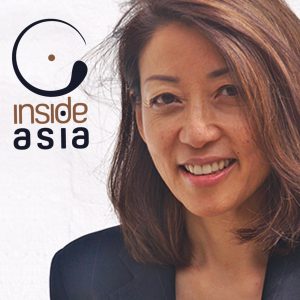 The episode is the first of a series that will focus on healthcare in Asia. My guest is Rosaline Chow Koo, Founder and CEO of CXA, the first data-driven private insurance and workplace wellness exchange in Asia. Put simply, Rosaline and CXA are revolutionaries. In an environment where disruption has become a buzzword, this is what it actually looks like. You don’t need me to tell you that the insurance industry is notoriously convoluted and opaque, and healthcare insurance specifically is mired in issues around patient privacy, medical reimbursement and quality of care. But maybe that’s starting to change. That’s what’s interesting—and thrilling— about my conversation with Rosaline. You’re going to hear how insurance is poised to become one of the last in a long line of industries to fall to the internet. This is a story you’ve heard before. Amazon started it, then Ebay, then aggregators like Travelocity. Now it’s hitting the insurance industry. That sounds easy—even inevitable—but it isn’t. As Rosaline reminds me in the episode, I was one of the first to whom she broached her big idea (I connected her with her first VC, who, as it turns out, didn’t invest!), and though it was clearly brilliant, I had real doubts about whether it would fly or not. Think of the industry she was looking to disrupt: health insurance. Though simplifying things would improve the lives of consumers, insurers have little or no interest in simplifying the process. They make big money by keeping data out of the hands of consumers and the employers who have to pay for health insurance. Their whole business model is based on the idea that a majority of healthy employees will make up and pay for the healthcare costs of the few who aren’t so healthy. It’s this playing the odds that has allowed healthcare companies to make an obscene amount of money. Here’s where Rosaline comes in. She launched CXA as a better, more cost-effective, tailor-made alternative to the insurance products offered by others. It’s going to make life better for millions of people. What’s her secret? Data. You’re going to want to listen to her tell the story. Thanks for listening.