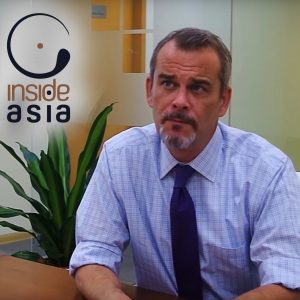 In many ways, the failure to invest in China is a failure of the imagination. Of course there have been risks in the past, and there continue to be; but China is changing. The market is maturing and regulations are becoming increasingly transparent. The combination of internal banking sector constraints and China’s newfound global ambitions is resulting in new opportunities for global financial institutions. My topic this episode is asset management in China and my guest is Peter Alexander, Founder and Managing Director of Z-Ben Advisors, a consulting firm based in China. Peter’s built his career around advising clients on how to best capitalize on growing investment opportunities in the Greater China market. During his conversation with me Peter makes an important point: it’s far easier to latch onto past events to justify staying away from the China market then it is to take run at future possibilities. He reminds us that confirmation bias is always at play particularly when it comes to bad press around treatment of foreign financial institutions in China. It’s easy to find information to support conclusions you have already drawn. That’s human nature. The important thing is to see around it. The question is not whether you’re going to get in the game, it’s when. Investing in China requires a new playbook and a novel approach. It’s new territory, and there are risks and challenges. The rules may feel unfamiliar. But as Peter says, if you can get your head around the cultural divide and the nuances of operating in China, there’s money to be made. This is, as Peter says, the beginning of the beginning. There are miles to go. What is your China strategy? Whether you’re all in all the way, half way, or not at all, the time is rapidly approaching when to not have an answer is to not be in the game. So, to the world’s financial institutions and asset managers, I ask: Can you afford not to be in China?