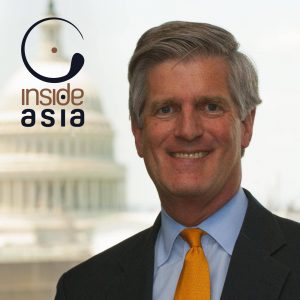 Near the end of 2017 President Trump took a historic eleven-day trip to Asia. He visited five key countries, made headlines around the world, and raised a number of questions along the way. Chief among them perhaps: what is Trump’s strategy on trade with Asia. What is Trump thinking? My guest this episode—Nelson Cunningham—happened to be in the region at the same time. Co-Founder of the international advisory firm McLarty Associates and former Special Advisor to President Clinton for Western Hemisphere Affairs, Nelson had a unique vantage point on how Trump’s visit played out. In addition to being able to gauge the Asian reaction to the visit, Cunningham has a powerful purchase on the American perspective and the way in which the visit was being viewed from within the proverbial beltway. With the trip in the rearview mirror, we need to ask if Trump has anything to show for it—any new initiatives, policy decisions, trade agreements, diplomatic breakthroughs? As always, thanks for listening.