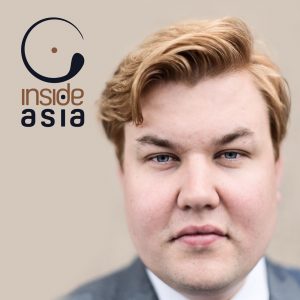 The word “hacker” has been around since the early ‘60s. It first shows up at MIT after the successful hacking of a telephone system. “Many telephone services have been curtailed,” announces the memo where the word debuts, “because of so-called hackers” who have “accomplished such things as tying up all the lines between Harvard and MIT, or making long-distance calls.” Those were the days. Hackers looking for free long distance! Today we all worry about what would happen if our lives and businesses were to fall victim to hackers. As the recent Equifax breach demonstrate, we are all cyber-vulnerable in ways we can’t even guess. With so much negative press around hackers it’s hard to see them as anything but mischievous if not downright disruptive. My guest this episode represents the other side of the hacker coin. Mikko S. Niemelä is the founder of Silverskin Information Security – a cyberattack company and Kinkayo – a cyber threat intelligence agency. Mikko’s the kind of hacker you want on your side. We sat at a small café tucked between the five-fingered towers of Suntec City, the commercial tech hub in Singapore that also features a convention center, shopping mall, and a Lamborghini showroom. It seemed appropriate that our conversation about hacking should take place at this intersection of fast cars and tech wizards. Mikko and his band of merrymen at Kinkayo are out to provide a service to companies and stock exchanges that otherwise might be operating in a state of naïve oblivion. It’s an audacious undertaking, but one that Mikko argues is of the greatest necessity. It’s essential and amazing perspective. You can find more about Mikko as well as the full version of what’s behind Mikko’s claim that Asia has the cybersecurity advantage here.