Mark Clifford: The Greening of Asia 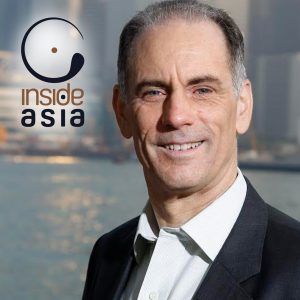 Mark Clifford: The Greening of Asia

This episode I’m in Hong Kong—at the foot of the Great Escalator—with Mark Clifford Executive Director of the Asia Business Council and author of The Greening of Asia—essential reading, if you ask me. The question of China and the environment is a timely subject made urgent in the wake of the U.S. decision to withdraw from the Paris climate change agreement. Trump’s disdain for the environment and dismissal of the scientific evidence pointing to global warming is a subject unto itself but the broader question speaks to the political vacuum left in its wake. Given that the U.S. has absented itself, which nation will assume the required leadership role to get us out of the global environmental mess that we humans have created? All eyes are now on China. There’s no disputing the science of environmental change. We can already see how the world has been and will continue to be altered because of it. Like it or not, climate change will affect us all. Economies undermined, businesses demolished, communities under water, and lives lost. We brought this on ourselves. The question now is what can be done, and who’s going to do it. China has both the political will and the economic capacity to make a difference. But only if it acts in a decisive and thoughtful fashion. As we’ve heard in our discussion with Mark, decisive has its dark side in China. Mark Clifford is uniquely positioned to give perspective and context on this issue as it has played out in the past, and also to speculate about the direction in which things might be headed. In the environment, China faces its greatest challenge yet. As the world’s biggest polluter, it has something to prove, to itself and to the world. For more information you can visit Mark’s website, HERE. Additionally, take a moment to read The Economist’s review of Mark’s book, The Greening of Asia, HERE.