Mack Banner: Digital Remedies for the Consumerization of Healthcare 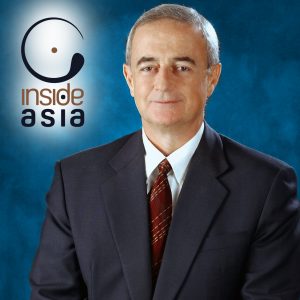 Mack Banner: Digital Remedies for the Consumerization of Healthcare

A vast transformation is taking place. Those of us who live in Asia are watching in happen. Here are some numbers. From 2000 to 2010, 200 million people moved into urban areas throughout Asia. This is expected to continue at a rate of 3-5% annually for the foreseeable future. East Asia one now has more than 800 urban areas, including eight megacities with populations of over 10 million people. It is one of the greatest—if not the greatest—migration in human history. And for most it’s been a good thing: higher income, better education levels, cell phones, you name it. It’s also brought an unprecedented level of burden on public healthcare systems. A lot of stats could be quoted, but here are two that tell the tale. According to the World Health Organization a staggering 10% of adults in China, or 100 million people, live with diabetes. Another 230 million suffer from at least one type of cardiovascular condition, with another 120 million heart patients entering the system between now and 2030. The health care industry needs to find ways to adapt—but how. To get perspective on the issue, we brought to the table healthcare executive Mack Banner who was in the process of winding down a career that spanned three decades in healthcare in various parts of Asia. Among other things, Mack and I discuss how certain Asian heath care markets have a distinct advantage over providers in places like the United States because of the way they are able to leap frog over more conventional and expensive delivery mechanisms that have been in place for years and are slow to change. We also talked about the current situation. Could it be digital that comes to the rescue? As Mack Banner points out, the possibilities offered by technology for the improved management of patient care are almost endless. But still there’s resistance. For an in-depth look at the issue, take a look at a recent white paper I’ve written on the subject, here(http://www.dhrinternational.com/insights/digital-remedies-consumerization-healthcare). As always, thanks for listening!