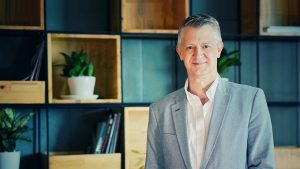 The past few months have been turbulent. Natural disasters are wreaking havoc everywhere. Just as the U.S. has been beset by a string of powerful hurricanes, Bangladesh is experiencing some of the worse monsoons ever with an estimated one-third of the country under water, more than a thousand dead and as many as 41 million people displaced or affected by the floods. Earlier this month, Mexico endured its own crises: a succession of powerful earthquakes that have killed more than 300 people and left thousands homeless. And now it may be Bali’s turn. More than a week has gone by since the island was placed on high alert—a 3,000-meter high volcano is set to erupt. I’m recording this from my home just 35 kilometers west of the mountain. As of this moment, close to 130,000 people have been evacuated. This brings me to the topic of this week’s episode, which eerily addresses the aftermath of the 2011 tsunami in Fukushima, Japan. You’ll hear about how Kent Wertime, Co-CEO of Ogilvy & Mather Asia-Pacific, joined the recovery effort to discover what human endurance really looks like. He also learned something about his adopted country and the people of Japan. I wasn’t in Japan at that time, but the event reverberated throughout the region. Many of us living and working in Asia lost friends, offered shelter, and did our best to raise relief funds to support those who suffered the tsunamis devastating effects. The residents of Senai, on Japan’s northeast coast, suffered the most. But the earthquake that triggered the tsunami was felt 350 kilometers away that day in the Japanese capital of Tokyo. A long-time resident told me that when the quake struck everyone rushed into the streets and out of the buildings. Even in open, no one felt safe, he told me. “I stood in amazement,” he recalled, “as the pavement rippled and curled around us. I didn’t think pavement could do that,” he said. “It forever killed for me the idea of stable ground.” It’s an unforgettable conversation. Thanks for listening.