Ken Mandel: The Evolution of Social Media and the Rise of Artificial Intelligence 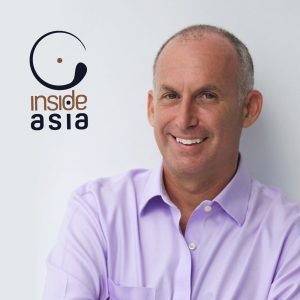 Ken Mandel: The Evolution of Social Media and the Rise of Artificial Intelligence

This episode finds me at the IBM Watson Center in Singapore. My focus is the evolution of social media and its implications in Asia. My guest is Ken Mandel, President of Innovation and Commerce at Publicis Media, a French-based multinational advertising and public relations company, and one of the world’s biggest. Ken is a Digital Industry Veteran. He’s been in leadership positions with a number of cutting-edge digital media and advertising firms, first as CEO & Regional Director of XM Asia Pacific, and later as CEO of Neo@Ogilvy in Singapore. He also helped establish and grow Yahoo! in the region, and served as the company’s Managing Director for Southeast Asia. During his tenure he opened for the erstwhile Internet giant four new markets in less than two years. No matter what sector you’re working in, digital transformation is a reality and companies around the world are rushing to think through what it means to successfully adapt. In his conversation with me, Ken provides a fascinating perspective on the emergence of digital disruption and its impact on the present moment. He’s someone who saw it arrive, which I think makes him uniquely qualified to speculate as to where it’s going. One of the places it’s headed—and has already arrived at—is Artificial Intelligence, or AI. Perhaps the most fascinating part of our conversation occurs near the end of the episode when Ken speculates as to what impact Artificial Intelligence might have beyond digital marketing and social engagement. Mix AI with social media and might it lead to an ultimate undermining of the very democratic systems and principals that we now take for granted?