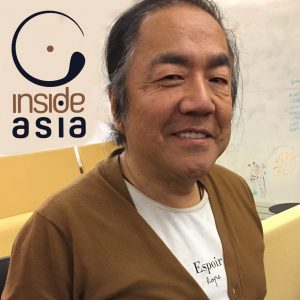 This episode I’m in the somewhat unusual office of John Kao, an author and strategic adviser based in San Francisco. When it comes to issues of innovation and organizational transformation, there’s no one better than Kao. You hear that in our conversation. Probably you know Kao already. He was dubbed “Mr. Creativity” by The Economist, a publication that does not call anyone Mr. Creativity. As I say in the episode, Kao sometimes calls himself an innovation activist. He’s been on faculty at the Harvard Business school and at MIT, authored several books, even advised a number of countries on the subject of how to speed innovation. He also plays the piano. There’s a lot of people who play the piano but Kao is serious about it. So serious there’s a Steinway and Sons piano in the center of it. It makes sense. Music is very much at the center of the work he does with companies and countries around the world. This is something we talk a lot about in our discussion, the way in which innovation is about inspiration but also about developing a set of core competencies that allow you to know what is an idea of interest and what isn’t. It’s like jazz that way. You practice your scales on the piano, drill yourself with etudes, and one day—magically, it seems, to everyone but you—you suddenly have a good musical ideal. Innovation and entrepreneurship is like that. Kao makes business sound very groovy. In our conversation, I take it a bit further and ask if there are companies who have actually put his wild ideas into practice. What corporations that have shown a willingness to let go of structure to let creativity come through? Is it worth the risk?