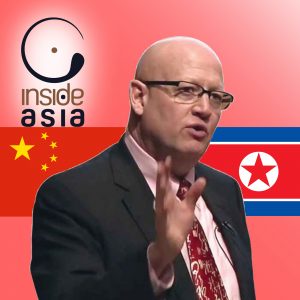 This episode is the second part of my conversation in Shanghai with author and China expert Jim McGregor. And just to recap: it’s still stinkin’ hot and Jim is still in his baseball cap. That’s about as lighthearted as it gets. Sorry. In case you missed our last episode—and if so, you can download it here—it featured Jim’s worrying assessment of the current state of US/China trade. As Jim pointed out, no matter what we might tell ourselves in the US about our open system and its virtues, the fact remains that anyone—and this includes nations—who are dealing with a major Chinese investor or company are also and always dealing with China, Inc. What are the consequences of the bargain we are striking with the Chinese? How does the US create reasonable and transparent defenses to shield our own interests while at the same time finding ways to re-energize American entrepreneurs and companies to consider the interests of the United States alongside their own? The recent withdrawal of the US from the TPP is just one example of the American myopia that impedes the ability to answer this question effectively. And what about the alarming headlines this morning that suggest a more serious conflict looms? As I write this, North Korea is threatening a “physical response” to aggressive trade sanctions imposed by the Trump Administration. Jim provides a frank perspective on the situation and what can be done about it. The US has made a habit of asking China to intervene with North Korea and I ask him if they are doing enough. Or is there something that China could be doing but aren’t doing because they know there might be something in it for them? This is Inside Asia. Jim McGregor’s is a voice more urgent and necessary than ever before. This episode is required listening for anyone presuming to be informed about the current state of affairs. Thanks for listening.