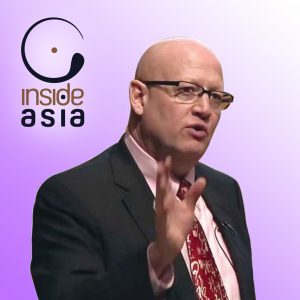 Back by popular demand this episode—and the next!—it’s the inimitable and indispensable voice of Jim McGregor. Author, China expert, senior corporate advisor, McGregor remains one of the keenest observers of China when it comes to foreign business and trade matters. I caught up to him at home in Shanghai where I braved unbelievable heat to conduct one of the most bracing interviews we’ve had on the show to date. Jim was one of the very first guests I had on the podcast, and he’s back a second time by popular demand. He does not disappoint. It’s a wide-ranging discussion and McGregor pulls no punches. We start off by discussing the current state of US-China trade. In a recent article criticizing the US for pulling out of the Trans Pacific Partnership, Jim pointed out how the decision plays into the hands of the Chinese. Put simply, at a moment when the US is loudly retreating from the world stage, the Chinese are filling the vacuum, ramping up trade, investment and influence in the wake of American naval gazing. What are the consequences of American distraction? During the second part of our conversation I ask if the US should be worried by the Chinese push to acquire the technologies of the future. Has the America resigned itself to the fact that the Chinese are stepping up? Are we looking at a future owned by China Inc.? Is there anything the US can do to stave off the mainland’s rise to power? Bluntly, can we compete? It’s not a discussion you can afford to miss. Thanks for listening.