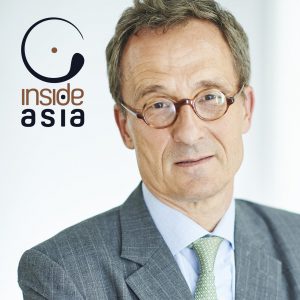 My guest this episode is none other than Hans Vriens, Managing Partner of Vriens & Partners, the leading firm around Southeast Asia specializing in government affairs, public policy and political risk analysis. Hans has lived and worked in Asia since the ‘90s. He’s former President of the Foreign Correspondents’ Club in Hong Kong, former Vice Chairman of APCO Worldwide in Southeast Asia as well as a political economist at the Political and Economic Risk Consultancy in Hong Kong. He’s done it all. Literally. The work he does now involves pulling together corporations and nations. He’s like a kind of corporate marriage counselor. There are two parties who are attracted to each other, both of whom knows they have something to gain—and maybe much to gain—from the other. So far so good. But they don’t know each other all that well. And to make things more complicated, they have both been living together for so long that they’ve built up their own habits, their own ways of doing things. Hans puts them across the table with one each other and helps translate. Maybe gets them to hold hands for a while. The rest of what happens us up to them. It’s a fascinating, essential discussion. Thanks for listening.