Eric Olander: What is China Doing in Africa? 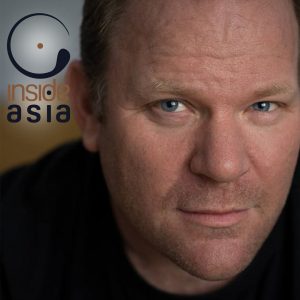 Eric Olander: What is China Doing in Africa?

What is China doing in Africa? Is it to establish a beachhead for access to natural resources and commodities? Is it a new frontier for China investment, technology and services? Does China see Africa as the last among market greenfield opportunities, where telecom networks, roads, ports, power plants and payment systems are all in the earliest stages of development? Some observers question China’s means of doing business in Africa. Specifically, the way Chinese companies extract government concessions or do closed-door deals with the African elite. It feels shady to some, and perhaps it is. Perhaps it isn’t. The lingering fear is that China wont’s so much enrich Africa as it will exploit it. There’s certainly no scarcity of controversy and bad press swirling around the topic. In this episode, we get past the hype and hullabaloo by speaking to Eric Olander, founder, host and mastermind behind the China Africa Project. As many of our listeners will already know, Eric is also the host of the China in Africa Podcast which has a listenership that numbers in the hundreds of thousands. Each week Eric and his co-host— South African-based Cobus van Staden—showcase experts with deep knowledge of the trends, developments, investments and controversies associated with China in Africa. It should come as no surprise, therefore, that Eric has established himself as one of the most rigorously informed and brilliantly articulate voices on the subject. I sat down with him on my last trip to Shanghai, and from the executive lounge atop the JW Marriott, and I asked him what he made of the China/Africa connection. Eric’s brilliant and brilliantly articulate—and can be controversial. Thanks for listening.