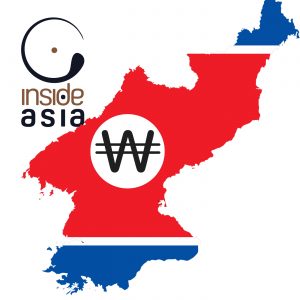 This is not the North Korea discussion you’re expecting. There’s no escalating saber-rattling and not a single mention of nuclear warheads. We know your newsfeed is filled with rumors of a US-North Korean nuke-fest and we thought we’d do something a little different. This episode I sit down with the Founder and Program Director of Choson Exchange, a Singapore-based NGO with a mission to bring small business training and development to average North Koreans. That’s right: Choson teaches entrepreneurship to North Koreans. If you’ve not heard of Choson it’s not surprising. They keep a low profile and tend to slip under the radar. But what they’ve accomplished is nothing short of remarkable. For seven years now, the group has sponsored more than fifty exchange programs, sending hundreds of business savvy volunteers to the North Korean capital of Pyongyang, to train and guide burgeoning ranks of North Korean entrepreneurs. North Korea ranks as one of the poorest, least open countries in the world. Yet, there’s a booming appetite from its citizens who want to know what it takes to start a business, create a product, introduce a new service, and ultimately, make money. Here’s a question to ponder—are economic sanctions imposed by the US and UN an effective means of bringing Kim Jung-un’s government to its knees or do they end up punishing ordinary people who are simply trying to survive? The effectiveness of sanctions is an age-old debate. Maybe we need to find ways of changing the conversation. By bringing to North Korea the tools it needs to enter the global economy, there’s the hope of removing – or at least diminishing – the need to take up hostilities or throw up blockades. Thanks, as always, for listening. If you’d like to volunteer for one of Choson’s programs, please visit the groups website at www.chosonexchange.org.