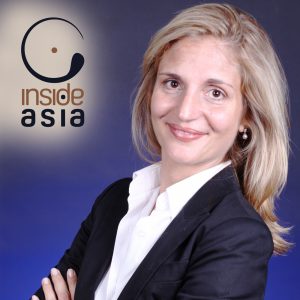 We live in transformative times. China is coming into its own in an unprecedented way. Previous episodes have focused on this trend in a connection with a variety of sectors: trade, economic growth, politics, digital media, environmental policy. In this episode our focus is on corporate leadership and China’s overseas ambitions. Evidence of global expansion first came to light in 2016, when Chinese companies spent $246 billion in overseas acquisitions. The move alarmed Chinese regulators who feared capital flight and its implications for the RMB. In 2017, outbound capital has slowed to a trickle, but that hasn’t altered the aspirations of Chinese executives who increasingly believe that China’s time has arrived at last. Commercial success at home, however, does not always translate to success abroad. That’s where our guest this episode comes in. Elisa Mallis is an executive coach and leadership development expert. She’s been working for years with Chinese executives, guiding them in the development of a global mindset. She’s also an aspiring astronaut. I asked her what the Chinese corporate leadership had to do if they planned to win the hearts and minds of those with a global mindset. Take a look at this chart. It tells the whole story. Western economic dominance is a mere blip on the historical screen. For centuries, the territories of modern-day India and China dominated trade and wealth. The last hundred years of industrial revolution first in Europe, then in the US, changed all that…at least for a while. It’s not so much a question of when, but how Chinese corporate leaders will engage with the rest of the world. Will they adopt Western leadership and managerial practices? Or will they arrive with a new set of operating principles? Elisa reminds us that we are living in very different times. She suggests that through a process of mutual understanding and adaptation a new leadership paradigm will arise – one premised on what she calls, a global mindset.