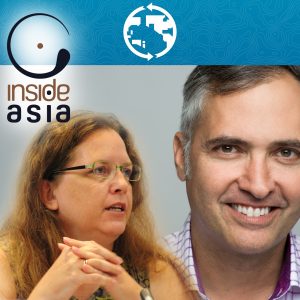 Here’s some old news: this past January President Trump signed an executive order to withdraw the United States from the Trans-Pacific Partnership agreement—the TPP. It shocked some, but it should have come as no surprise. Candidate Trump—like Candidate Clinton—made the TPP withdrawal a central campaign promise. And fact is for a lot of Americans, getting out of the TPP made a lot of sense. If the US is the big dog why would it want any other dogs at the same table? At bottom, Americans—like Trump himself—thought the TPP dissolution would a chance to put the art of the deal into practice. If the US was going to win, in other words, it should play one on one. The idea that bilateral trade agreements are by definition much better for the US than multilateral agreements is at the core of Trump’s approach to…well, his approach to pretty much everything. This episode, we ask if this is true—and what happens next. What will replace the TPP? My guests are Deborah Elms, Founder and Executive Director of the Asian Trade Centre in Singapore and Steve Okun, a member the board of governors on the American Chamber of Commerce in Singapore, which was—under Okun’s leadership—the first business association to endorse the TPP (before Obama even announced that the US would be a part of it). This is a fascinating, detailed discussion that does justice to the complexity of the issue. It’s not the sort of thing you’re going to hear anywhere else. Listen to the end for an extraordinary story of one of the most unexpected and underreported consequences of the TPP dissolution from Deborah Elms. This is not an episode you can afford to miss. Thanks, as always, for listening.