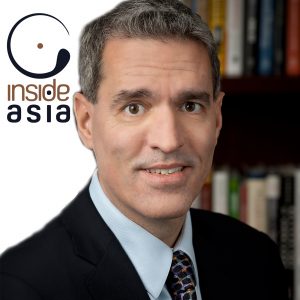 Last month many were caught off guard by the decision by President Xi Jinping to abolish term limits and assume permanent leadership status. It’s a move that seems to fly in the face of the preceding two decades largely dedicated to carefully, slowly—sometimes reluctantly—building institutions. Add to the mix that China and the States seem on the brink of a trade war. Get ready for months of debate over Sino-US trade, technology and geopolitical influence. What’s it all mean? Is the Chinese consolidation of power a sign that trouble is ahead or is it a sign of unprecedented stability? A momentary lapse of reason or a calculated, carefully argued and debated move on the international chessboard? To get perspective we reached out to David Hoffman, senior vice president and managing director of The Conference Board in Asia. He’s a friend of the show and we’ve come to rely on his insight. As many of our listeners will know, the Conference Board is a hundred-year-old business association with more than 1,200 public and private sector members spanning 60 countries. David has spent the past decade building out the China Center for Economics and Business and reading the tea leaves of China’s political and economic trends. With China on the rise and its workings more opaque than ever, insight is everything. Thanks for listening.