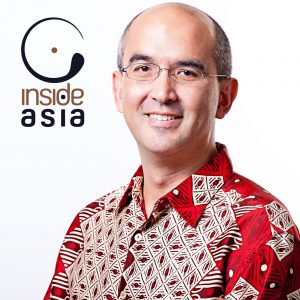 This episode tells the story of yet another major disruption in the making. This time it’s the telecommunications and media sectors and it’s the result of a complicated confluence of events—a sort of perfect storm. Here’s the rundown. There are three moving parts. It’s tricky. First there are the telecommunications companies, or telcos. Long dependent on charging for voice calls to generate revenue, they are in the process of shifting their business models to bill instead for high-speed data. No longer is the price of a phone call determined by the distance the voice travels or the length of the call. In a world where consumers have been moving to no or low-cost voice over IP, or VOIP services, telcos are changing up their game. Second, there’s the mobile phone operators. At one time, they made a killing on SMS or text messaging. Now, they’re losing revenue hand over fist to a new generation of messaging services such as WhatsApp or WeChat. These smartphone apps allow for dynamic communications, group chats, even free voice communications. Third, there’s the pay TV operators. For decades, they’ve paid big licensing fees for Hollywood content and make a profit by offering entertainment “bundles” to customers at standard monthly subscription rates. Today, subscribers in Asia and elsewhere are cutting cables and cancelling subscriptions, opting instead lower-cost on-demand over-the-top or streaming video on demand services like Netflix, Hulu, iflix or HBONow. All three have one big thing in common and that’s massive underlying infrastructure and network costs. From the fiber optic cables that run the length of the ocean bed carrying voice and data internationally, to the constellation of satellites that relay signals, to the set-top boxes that sit in every cable-TV household, total investment for telco, mobile and pay-TV companies extends well into the trillions of dollars. To help navigate through all of this I spoke with David Goldstein, a long time player in the Asia market, cutting his teeth in the telco business during its heydays in the 1990s, and most recently, serving as the Head of Asia, for a streaming video on demand, or SVOD service, called iflix. He’s an insider, in other words, with deep knowledge of where the industry has been. And where it’s going. Thanks, all of you, always, for listening.