Clancey Houston: The Evolution of Healthcare in China 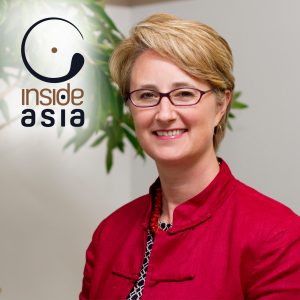 Clancey Houston: The Evolution of Healthcare in China

This episode I’m joined by Clancey Houston, former CEO of China Healthcare Corporation and one of the foremost thinkers on China’s evolving healthcare landscape. As the debate on affordable healthcare rages in the United States, China too contemplates its healthcare future. This nation of nearly 1.4 billion is in a state of rapid transformation. The economy has been on a tear with China blowing past the US to become the world’s largest and most productive manufacturing center. But every economic expansion has its dark-side—or maybe several dark sides. For China, urban overcrowding, economic disparity, and environmental decay are taking a toll. One of the sectors where we see that clearly is in health care. None of this has been lost on the Chinese government. According to a recent report by Deloitte, China will spend a projected $892 billion on healthcare by 2018. That’s less than a third of US healthcare spend on a population one-fourth the size of China. In short: demand for quality healthcare in China is off the charts. Until recently, public healthcare was a Chinese citizen’s only choice. Now, the floodgates are open for private investment and today, for-profit hospitals are springing up everywhere. As a former CEO of one of China’s new hospital ventures, Clancey has a unique vantage point on the country’s healthcare evolution. One note about the interview. There’s a bit of background noise. True to this program, I recorded this in the field, and this particular field was the bullet train from Shanghai to the capital of Beijing. It’s a twelve-hundred-kilometer (or 745 mile) journey and we traveled at 350KM/H (or 217 miles per hour). For five hours we reclined in our Business class seats intermittently talking and watching the Chinese landscape fly by.