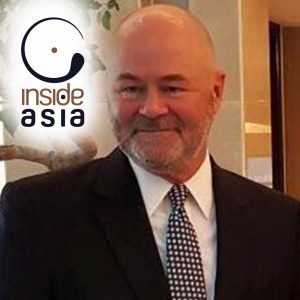 This episode finds me in Singapore with executive coach Bill Cornwell. All tolled Bill has logged more than 20 years in Asia and in the past decade shifted his professional focus to executive coaching, working with a wide variety of Asia’s business leaders. A short list of his clients says all that need be said about the results he delivers: BASF, Estee Lauder, McGraw Hill, Motorola, Johnson & Johnson and senior government leaders in ranging from the Singapore Ministry of Health to its police force. Though the benefits of executive coaching are more widely acknowledged than they were once, it’s still a somewhat controversial topic. Particularly when it comes to oneself. Is coaching necessary? Does it make a difference? Do I need a coach? For some, seeking out an executive coach is the last thing we would do. People who need coaching have something wrong with them, we might tell ourselves. Plus, I’m pretty successful anyway—why would I turn to a coach? This episode might just change your mind. It’s not just what Bill says about the various ways that coaching can make a difference that’s important, it’s the way he says it. This is a man who knows how to listen and that’s what makes him uniquely able to have a transformative effect on the lives of his clients—particularly in Asia Pacific. He knows people and he knows the region. It’s a uniquely powerful mix.