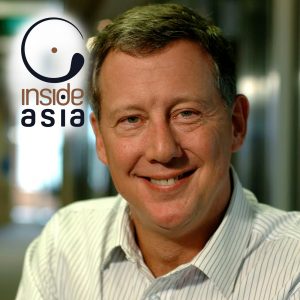 Our guest this episode is Adam Schwarz, founder and CEO of Asia Group Advisors, one of the most astute Asia observers in the business. I wanted to ask him what he’s thinking about Asia trade since the election of Trump and the changing role of the US globally. In most every discussion of Asia trade since the election of Trump China takes center stage. There’s good reason for that, but it’s important to also maintain a broader perspective. What does Trump mean for the rest of the Asia region, and how do other countries these days see and react to US policies emanating from Washington. At the end of the day, what are the implications for the region as a whole of China waxing and US waning? By politicizing trade, Trump gives license to his declaration of America First. Bilateral, so he believes, makes America sound stronger; back in control. But in practice, it’s not that easy. And doesn’t always make sense. These are early days this trade melodrama. We’re at the close of the first act. Perhaps. On the one side you have an American President prepared to put into practice the policies born of campaign promises tailored to a Republican base: Get tough on China! Save American jobs! It got him elected, but it’s bad economics and could have disastrous consequences. On the side we have an emerging China, determined to exert more influence when it comes to global economic affairs. The supporting cast—and the mainstream media does have a tendency to forget they exist—is comprised of Asia’s other countries who may find themselves vassal states of a rising Superpower if some semblance of reason is restored to US trade policy. This story will have its twists and turns, harrowing moments of trial and triumph, moments of suspense and shocking revelations. We’ve seen one already. In early May, Trump made a move to ban sales of U.S. products to Chinese telecommunications company ZTE. A few days later he reversed himself and said that an about-face was part of a wider move to ease the threat of $150 billion worth of tariffs on Chinese imports. Trump’s reasoning…and I quote: “Too many Chinese jobs would be lost.” What? Chinese jobs? Did we hear this right? It begs the question: Has Trump suddenly grown empathetic to global repercussions of a trade war where any job lost, anywhere is a bad thing? Or, is he laying the ground work for a run at the Chinese Presidency, figuring that if he unseats Xi Jinping, he can control the outcome and make every country great again. Stay tuned. The plot thickens. Return to your seats. And buckle your seatbelts.