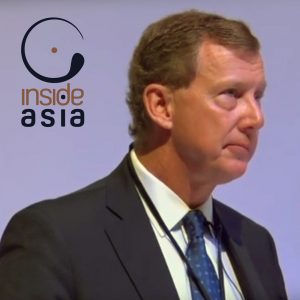 My guest this episode is Adam Schwarz, founder and CEO of Asia Group Advisors. He’s a former journalist, a strategy consultant and he now runs his own firm. I sat down with him at the Conrad Hotel in Singapore, which looks out on the new stadium and the Suntec area. We were—well, he was— drinking a bloody Mary. Adam started things off by telling me about his early days at the Jakarta Post in the late eighties where he learned firsthand just how political “facts: can be, and candidly reflects on how this realization caused him to rethink his understanding of media and journalism. We then move on to discuss his time at FEER, as it was known at the time, the Far East Economic Review. FEER has since disappeared but it was once THE place to go for an authoritative view of what was happening on the ground in Asia. There wasn’t anything like it before and there hasn’t been since. Adam concludes by focusing on Indonesia and its experiment with democracy and how it connects to other democratic movements across Asia Pacific. As you can tell there’s more to say—yes, this is just Part I of my discussion with Adam. Next episode he returns to where he left off and speculates about the impact the Trump Administration may be having on the evolution or devolution of democracy in the region. It’s a fascinating discussion.